After some delays due to Covid restrictions, the Royal British Legion’s Wimborne Branch celebrated its centenary; it was founded in the same year as the British Legion began, in July 1921. An Open Weekend was held at the Club on Friday 20th – Sunday 22nd August where all were welcome to come along and find out more about the Legion.

On Friday 20th, a fish and chip supper was followed by a presentation about the Legion and the Wimborne Branch. A silent auction was also  launched, to run over the weekend. Events held on Saturday included a gazebo with Poppy Appeal merchandise and 100th Anniversary pins, a cake stall and bottle stall, and cream teas in the afternoon. On Sunday there was a short service at the Minster, followed by a lunch. The weekend enabled us to encourage more people to join the Royal British Legion, as well as being an enjoyable celebration. 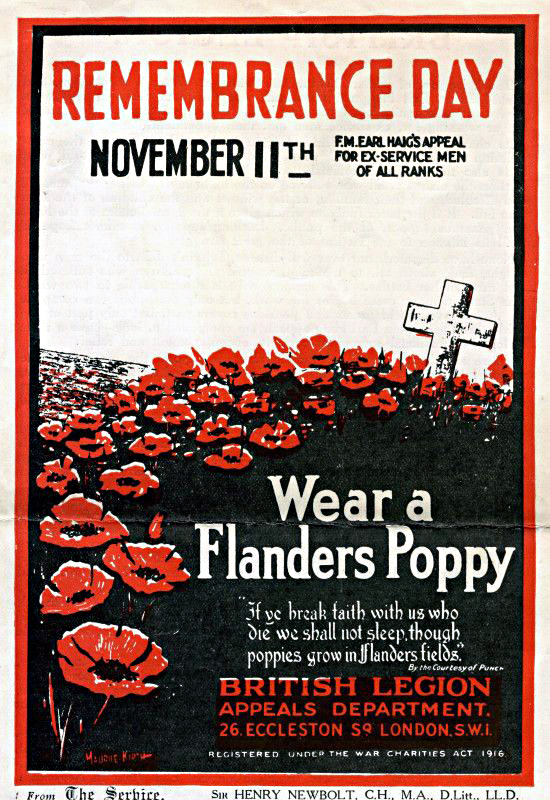 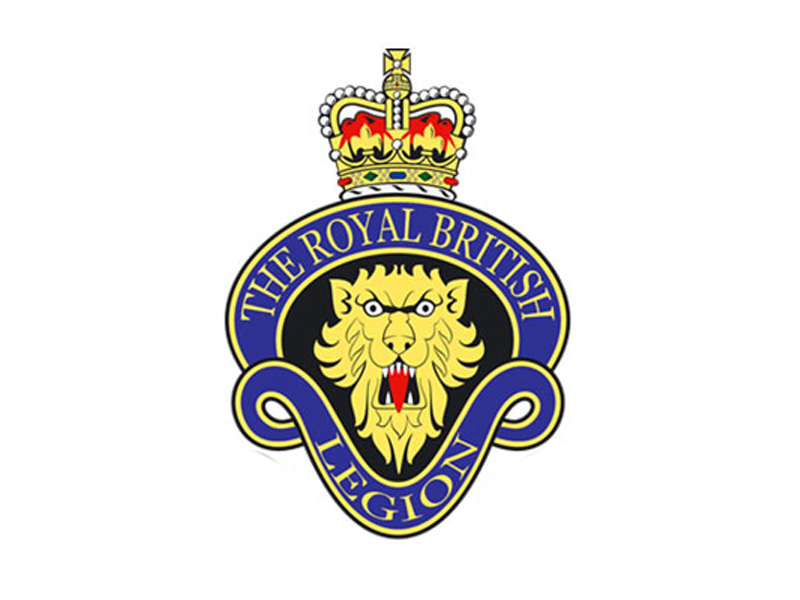 The Legion was founded in 1921, bringing together several organisations that supported ex-Service personnel (whether wounded, disabled or unemployed) and their families, in the difficult times of the Depression after World War I. Inspiring leadership came from Earl Haig (Commander-in-Chief on the Western Front from 1915) and Fred Lister. Through Poppy Days the Legion both raised substantial sums of money – as it still does – and also ensured that the sacrifices that had been made would be remembered and commemorated. Support and Remembrance remain the two purposes of the RBL.

Self-governing branches were quickly founded across the country, including in Wimborne, where the ‘Hut’ was built from two surplus army huts in Park Lane, behind Tapper’s shop. Many records of these early years have been lost, but the members were clearly very active. In the 1920s and 1930s, the Western Gazette reports on the Wimborne branch’s annual ‘Sports and Fete’ (in a field off Julian’s road), starting in 1922; in 1924 it was attended by 1600 people. The Branch’s Silver Band led processions and parades in Wimborne, including one to celebrate the Coronation in 1953.

After World War II, the Dorset Branches together decided to finance the building of ten Haig Homes as the County’s war memorial. As described in 1948, Haig Homes “were so designed that a disabled man could wheel himself to any room, and every house was fitted with a large workroom in which a disabled man, trained by the Legion in some craft, could earn a certain amount of money”. The Wimborne Branch acquired land from the Stone House estate (Pamphill), and construction took place in 1948-53. These houses are still run by Haig Housing for their original purpose. Nationally the Legion campaigned on issues such as pensions for disabled ex-service personnel, and provided job opportunities for the disabled, such as training to become taxi drivers or car park attendants (when car parks were a new idea, in the 1920s). 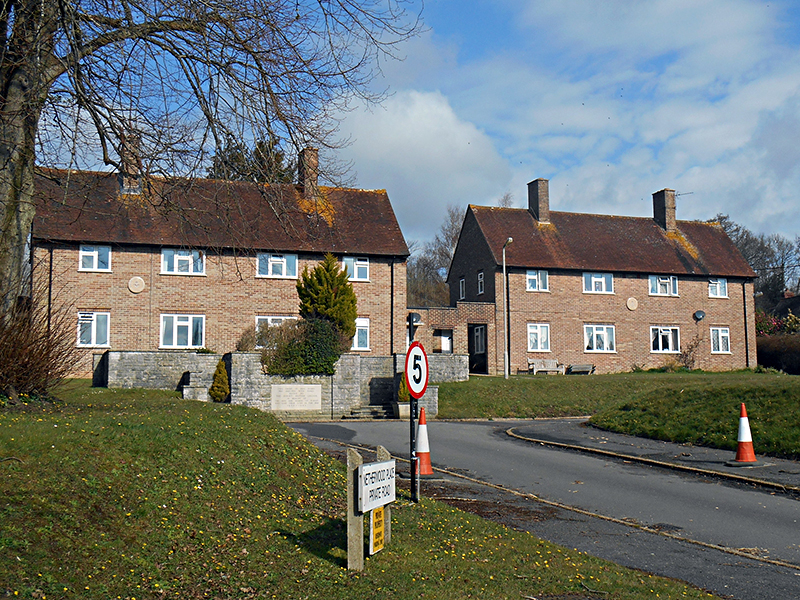 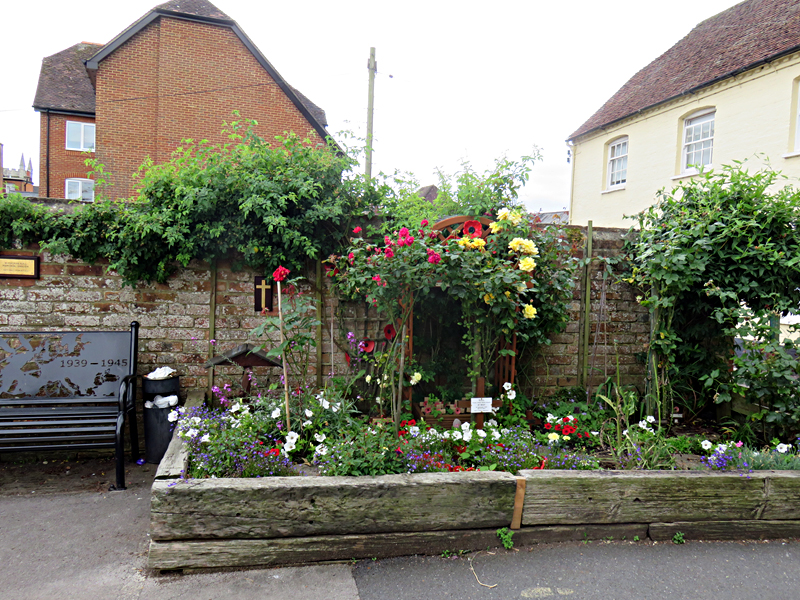 In 1955 the Wimborne Branch moved to their current site, which was donated by Mrs Raikes of Westfield House. The building has been renovated and extended over the years. The Branch and the Club are now legally separate to meet the requirements of charitable law. Most recently, in 2008 members of the Club decided to make a Memorial Garden at the back of the car park, and the Garden has developed further since then, with commemorative benches and plaques. Everyone is welcome at the Club, for meals and social events, whether or not they have a Service background.

Alan and Jaqueline Marsh compiled an ‘unofficial history’ of the Wimborne Branch, in 2009. It combines details of many members’ service and backgrounds with a range of personal memories of the RBL in Wimborne from many different people.

The Royal British Legion continues to support and speak up for Armed Services veterans. This has been particularly visible in the national commemorations of World War I and D-Day. The National Memorial Arboretum in Staffordshire is now 20 years old, and includes memorials to a wide range of organisations; educational visits for young people and families are a significant element. 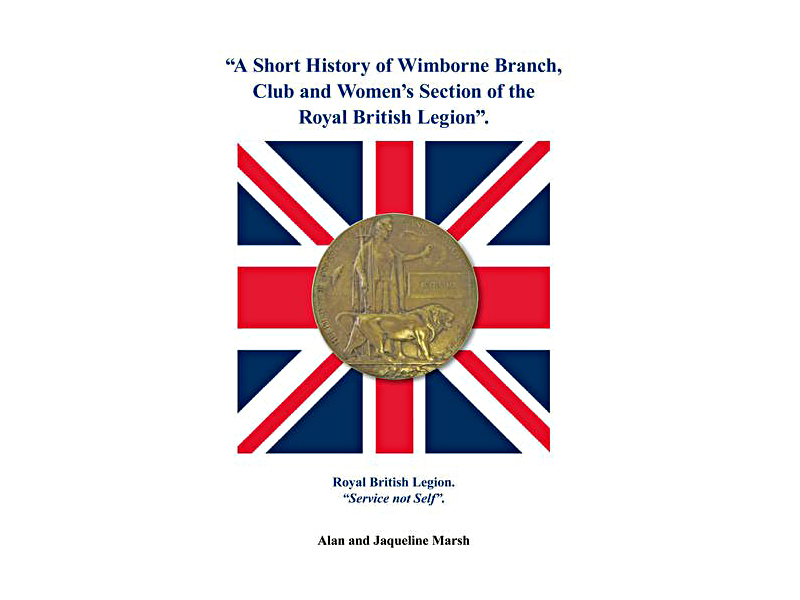 It is important that those who are eligible know about the support the Legion can provide, medical and otherwise, and local branches play a vital role in publicising that help. You can read more about the difference the Legion can make online, at https://www.britishlegion.org.uk/stories/100-years-of-membership

This article first appeared in the August edition of the Wimborne Minster parish magazine.